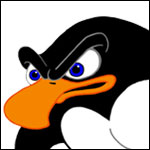 Typically when Google launches a new algorithm update, it is over pretty fast and everyone is scrambling to figure out what to do next. This certainly has not been the case with Google Penguin 3. We’ve been seeing a lot of activity around sites impacted by Google’s Penguin algorithm over the past few weeks.

When Barry, of SEO Roundable, asked Google about this, Google commented:

“That last big update is still rolling out – though really there won’t be a particularly distinct end-point to the activity, since Penguin is shifting to more continuous updates. The idea is to keep optimizing as we go now.”

So to me this sounds like instead of a big update, they are going to continue to roll out small updates and tweaking the results until they are happy with what they are seeing. Many people are seeing pretty large fluctuations because of this.

We will keep you posted.